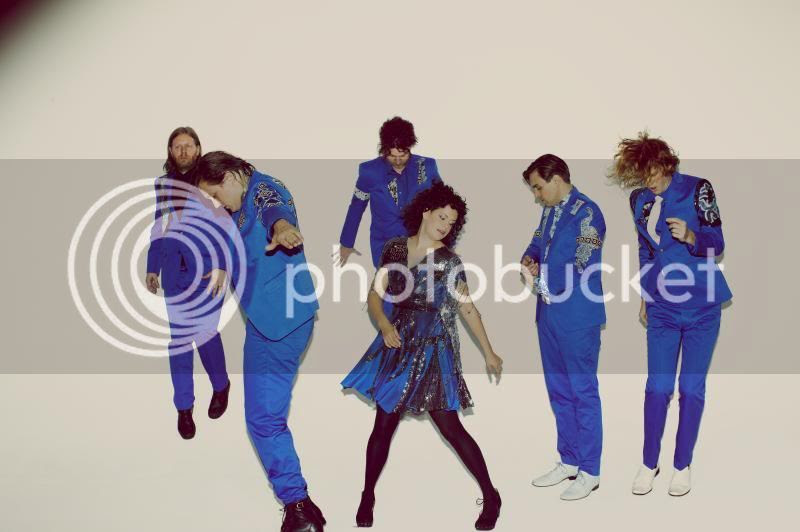 Due to overwhelming demand, Grammy Award®-winning band Arcade Fire today announced additional dates for the highly-anticipated REFLEKTOR TOUR in support of its international #1 album
Reflektor (Merge). The band will perform a third concert at Brooklyn’s Barclays Center on August 24, 2014 following two previously announced shows on August 22 and 23. The band also announced a new date in Bangor, ME at Darling’s Waterfront Pavilion on August 20, 2014 and a second show in Toronto, ON to be held at Molson Canadian Amphitheatre on August 29, 2014. Tickets for all new dates will be on sale on December 13.
The REFLEKTOR TOUR will kick off on March 6, 2014 in Louisville, KY. The Live Nation produced tour will take the band to 28 cities throughout North America. Tickets for all previously announced tour dates are on sale now at www.livenation.com.

REFLEKTOR TOUR DATES
All dates and venues below subject to change.
All shows on sale November 22 unless otherwise noted.

*Additional dates to be announced.

For the latest updates on the band, please visit:
www.arcadefire.com

A RARE GLIMPSE INTO THE CREATIVE LIFE OF PAUL MCCARTNEY ON PALLADIA MUSIC NETWORK DEC. 5th

PAUL McCARTNEY: Something NEW    A RARE GLIMPSE INTO THE CREATIVE LIFE OF THE LEGENDARY ARTIST TO PREMIERE ON VIACOM'S HI-DEF MUSIC...